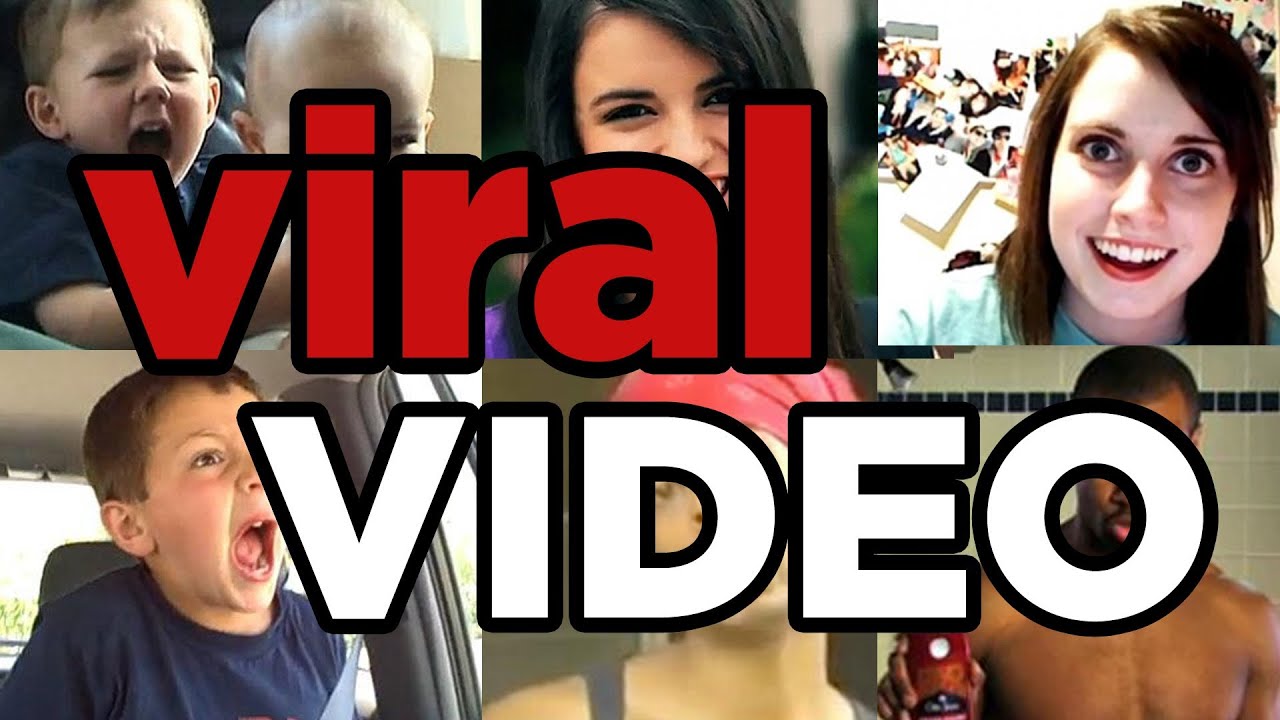 Have you ever come across a successful viral video and wondered why they are so popular?

Are you curious about the secret to make such great videos?

You even think they're lucky and don't have any tricks to reach millions of views, right?

Anyway, do you agree that there are times you wish you could make such good videos?

The truth is none of the viral videos’ success is based on luck. If you think that one day, the creator of those videos suddenly turns on the camera, does some action, or randomly shoots something for fun, and then it goes viral, then you're mistaken.

In fact, all viral videos rely on these 9 rules to win millions of viewers. Don’t skip this article if you want to know what those 9 rules are.

What are viral videos?

A viral video is any clip or movie that quickly goes viral thanks to a lot of people sharing it on social networking sites.

Viral videos can get millions of views if they hook people's interest. People can repost viral videos they like on blog pages, include them in email, web content, etc .

There are 3 main types of viral video:

Unintentional viral videos: The creator has no intention of spreading this kind of video. These videos can be posted by the creator or shared with the creator's friends, who will then spread them.

Humorous viral videos: These are videos with entertaining content that can make people laugh and feel comfortable. If a video is funny enough, it goes viral.

No matter what type a viral video is, to make a breakout and get the public's attention, viral videos should meet 9 rules below.

Before you start making viral videos, take some time to research and determine your target audience.

You should list down what audience you plan to aim to, what could excite them.

As we build buyers' personalities, you also need to build viewers' personalities. Think and list all the possible websites your target audience will visit to understand their interests and everything they care about.

You can contact those website admins in advance and pay them a fee to put your video link in their articles.

In a study conducted by the University of Pennsylvania, two professors reviewed The New York Times' most email content sent to analyze popular videos.

They found that 34% of videos in this list are those with hacks. In short, they are practical content.

This study proved why videos with “life hacks” content are so popular. Viewers can adapt those tips to their lives.

Take this 5-Minute Crafts video as an example. The phrase "Genius life hacks for everyday situations" could be a curiosity, causing viewers to click.

Life hacks videos are easy to get engagement

They were eager to know what those hacks are and how they can help them improve their lives. This video received 1,3 million views in the first week's release.

Once you identify your target audience, know what they want to see, you will have a helpful outline for viral videos.

Viral content is transmitted simply as it evokes viewers’ feelings. This is why we have a "negative" viral content concept, like a Pepsi commercial starring Kendall Jenner.

This video became famous and had millions of views because it received a lot of negative feedback, not praise from viewers.

Getting millions of views with a negative backlash should be rated as a disappointment. However, this Pepsi’s viral video attracted a lot of people watching. So, in a certain aspect, we can say it succeeded.

The key here is that Pepsi's video touched viewers' emotions. It doesn't have to be a positive emotion, it can be a negative or anger feeling, as long as it’s widely spread.

Another example of a viral video that touched the audience's emotion is Chewbacca's video. Her laughter is contagious, giving off positive energy to viewers.

Viewers love and feel comfortable hearing Chewbacca's laughter, so they shared it with others. And Chewbacca's video became a powerful viral video.

Or the videos posted on this guy's Facebook page, for example. Each video captivated many shares and comments thanks to new, amusing content.

No matter what content you plan to make, always remember the first rule is eliciting the viewers' emotions.

Some videos have pretty shocking content, but what's unusual is what goes viral.

Usually, some brands or individuals are quite hesitant to decide to step outside the box. But if you want to create a video with high viral potential, you have to take the risk and choose a more challenging approach.

We need it to spread widely because the more people talk about it, the more engaging your video gets.

The “Girls don’t poop” commercial video is an example; its content addressed a very delicate issue that women don’t want to talk about. But within this video, they mentioned it unusually and interestingly.

Think out of the box

Many people think that some viral videos are famous by chance or luck, but it’s not true.

A video receives millions of views by no accident, but it receives support, push views from advertising activities, outreach and media interference, or sharings by famous people.

In general, to have an outstanding viral video, you may have to do everything possible to convey it to different platforms.

A prime example of this principle is the woman dancing video. This video wasn’t naturally popular; it had attracted a certain amount of traffic on famous websites before. It also won a certain hold on Reddit. Finally, you got a Youtube video with vast views.

Intentionally creating viral content is not a simple process. You have to promote it if you want to reach high engagement strategically.

Your audience doesn't have enough patience to watch a 10-minute video and wait for the climax unless it really offers value such as useful knowledge, education, or it instructs viewers to do something helpful.

For example, this Budweiser video only lasted for 30 seconds and was published in 2007. At that time, the Internet was not popular, but it attracted more than 925,000 views, which was quite impressive.

The time you post your video is pretty much decisive for its success.

If you want your video to hit massive views and shares, post it on weekdays because most people surf the Internet, visit social media to read the news at work, or during lunch break.

Although you can post your video on the weekends, the viewership will be less reduced.

Holidays are not the time when people go online because they will travel a lot, unless your video has holiday-related content.

Also, a study from Frederator and re-published on Entrepreneur also showed that viewers are most likely to watch YouTube videos on weekday evenings.

One of the factors that makes your video likely to hit viewers is trends.

Instead of coming up with a script that you can’t guarantee its virality, you can rely on trends, then incorporate it with your ideas to make viral videos.

Ice bucket challenge is an excellent example of relying on trends to make viral videos. This challenge was created with the aim of helping people going down with ASL.

Many participants took advantage of this event to donate for ASL patients and create a powerful viral content.

8. Rule 8: Interact with the public

After posting the video, don’t assume that your work is over here. You need to keep an eye on engagement and interact with viewers when your video starts to gain attention.

Once your video is successful, you will likely need media support to remain popular.

Let's go back to the example of Cheng's one-year dance video. She shared that after her video went viral and won millions of views, instead of celebrating and resting on her victory, she took the time to respond to fans' emails and tweets, especially journalists.

Thanks to that, Cheng got a chance to make videos for a startup, and she gradually grew her own business.

Take Cheng’s success as a lesson. She not only has a strong viral video, but she also uses it as a springboard for other successes.

Even though your video is popular for a short time, it’s worth a valuable opportunity for long-lasting success.

However, if your video hasn’t been successful, don’t be disappointed. Think of it as an experience to refine and improve your work.

The previous post mentioned that a clean, neat thumbnail is an element that makes viewers want to click on your video.

Back in this article, once again the importance of thumbnails is emphasized

The first thing viewers will see is titles and thumbnails.

A thumbnail that hooks viewers’ emotions or curiosity can drive the audience to watch your video.

A viral video’s success partly depends on which platform you upload it. Here are a few suggestions that you may well know.

In early 2020, Youtube has about 1,3 billion videos with 5 billion views per day. It’s the preferred platform for embedding videos on most websites, which will help people promote videos on blogs, news, etc.

So, if you are thinking of a channel that helps your video quickly catch views, don't forget Youtube.

According to TikTok's latest statistics, as of January 2021, it has 689 million monthly active users worldwide (data from Datareportal, 2021).

Since the first day of establishment, Instagram has grown constantly from a sharing photos application to a favorite video platform.

You can also do livestreams on Instagram and save played videos.

Users can also use Facebook to create video playlists. This is handy for suggesting users continue watching your other videos in the same list.

However, since Twitter is compatible with short posts, your video should be short, concise, and have a viral effect. It’s not easy, right!

After reading those 9 rules above, we believe you understand that a viral video is not based entirely on luck.

From Blendtec to fashion blogger Wendy Nguyen to GoDaddy, they are all businesses that created viral videos based on these 9 rules.

So, do you think you have the potential to make a viral video? Try, and apply the above 9 rules to challenge yourself, who knows you will be a new social networking phenomenon. 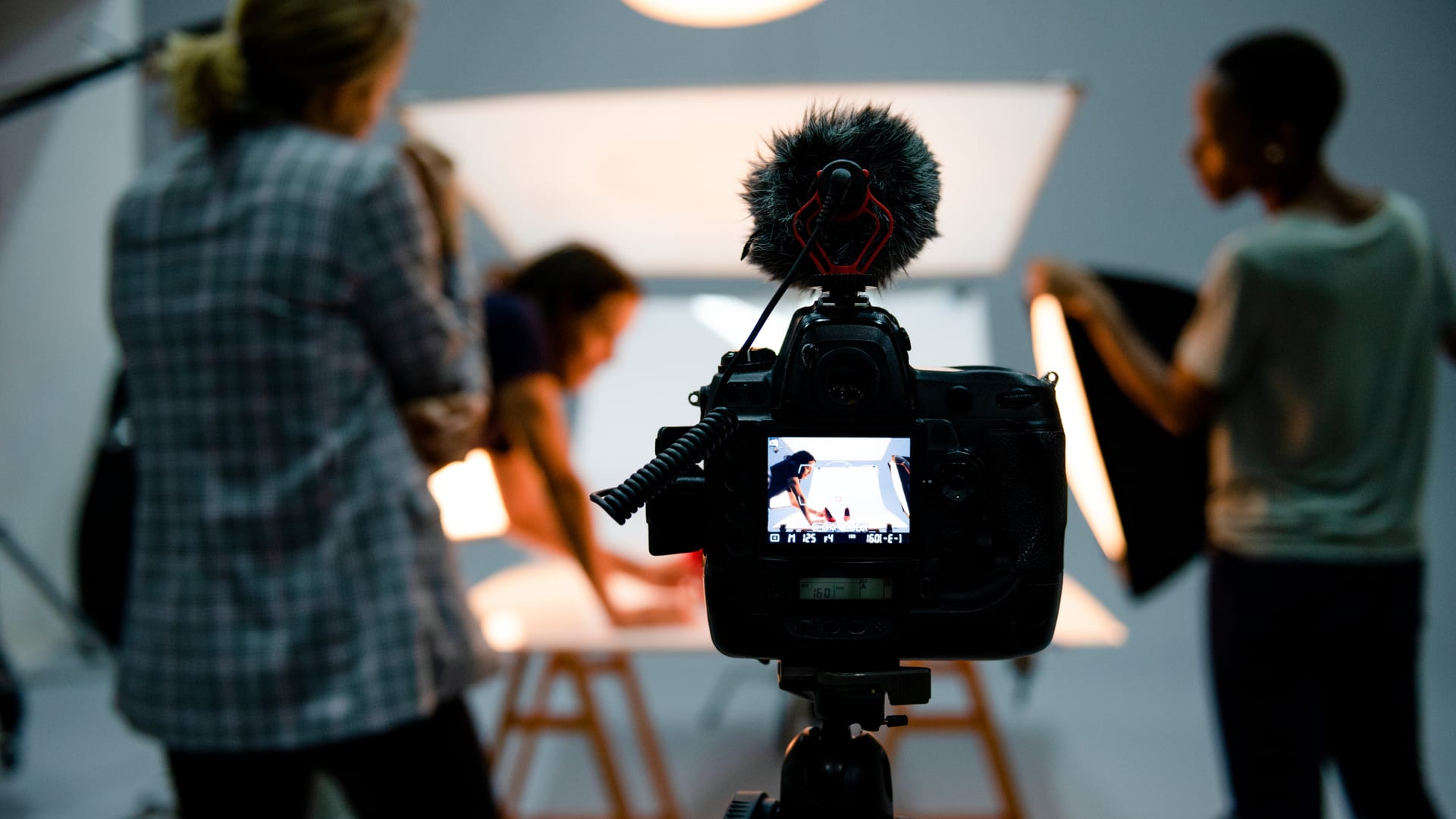 Marketing
Boost your business with 10 video ideas for eCommerce businesses 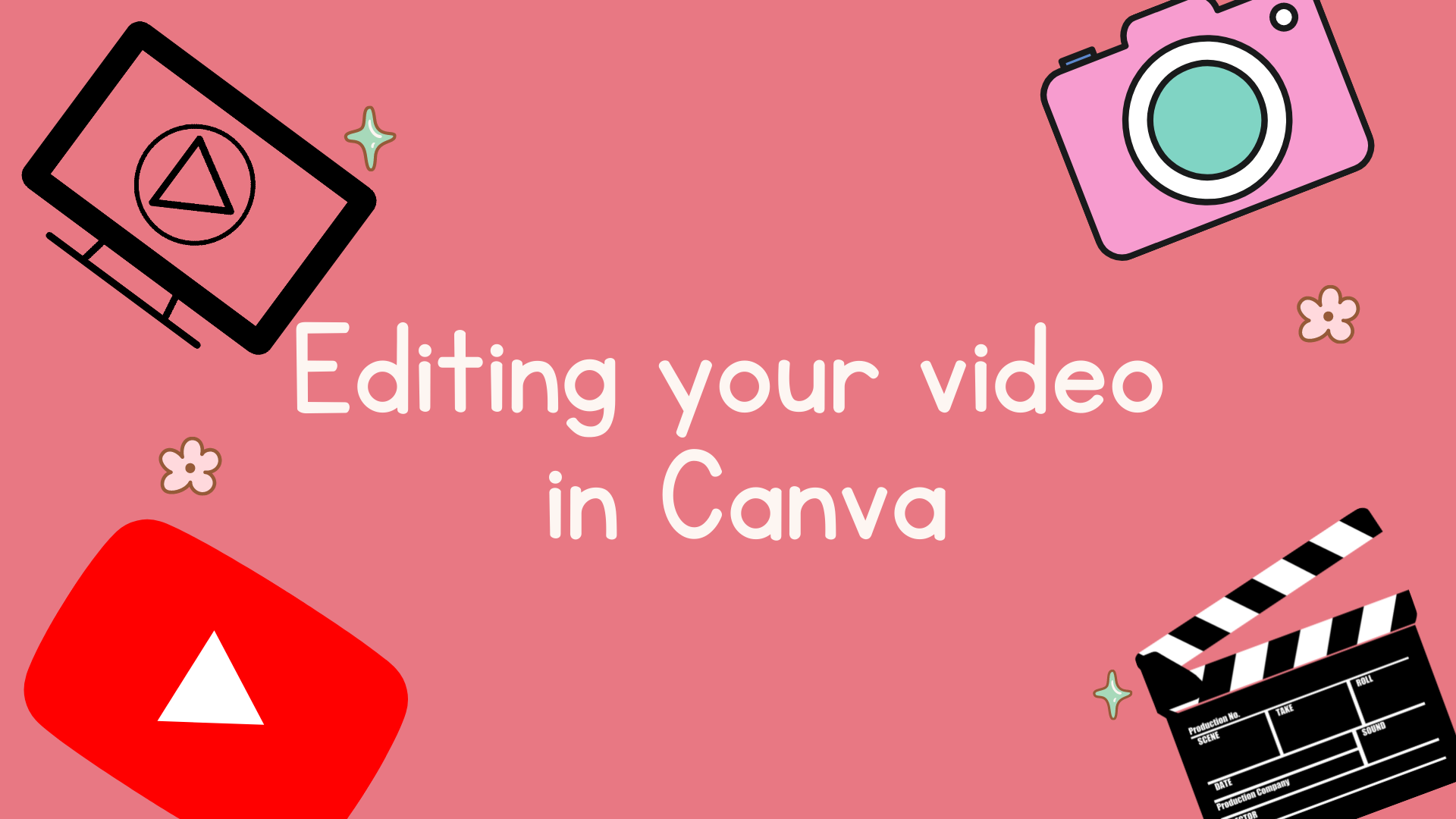 Marketing
How to create a FREE intro video in Canva: A step-by-step guide 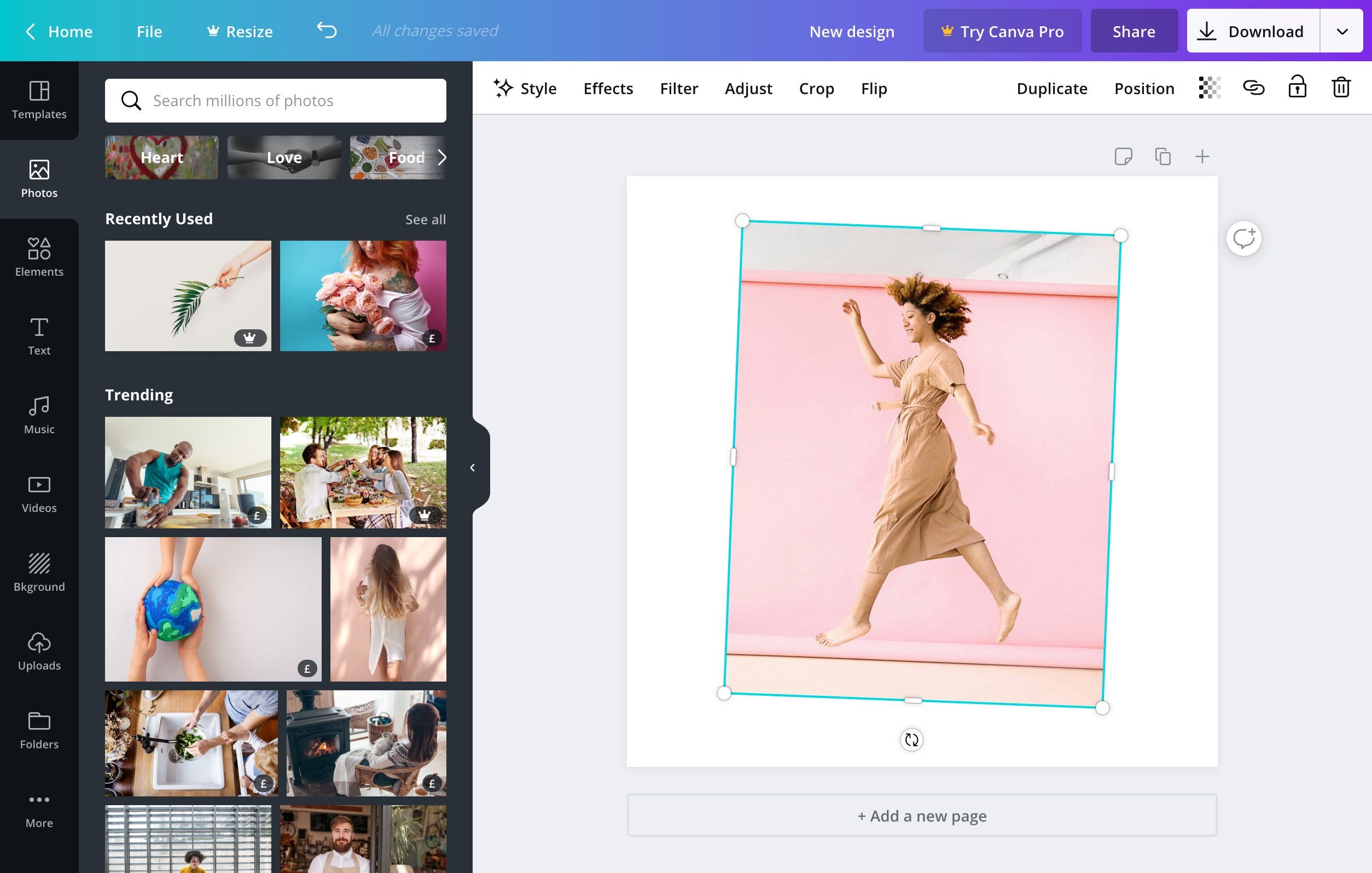 The fastest way to subtitle your video

Get started, it's free

Copyright © 2021 Subblink.com. All rights reserved.
Terms of UsePrivacy PolicyContact Us